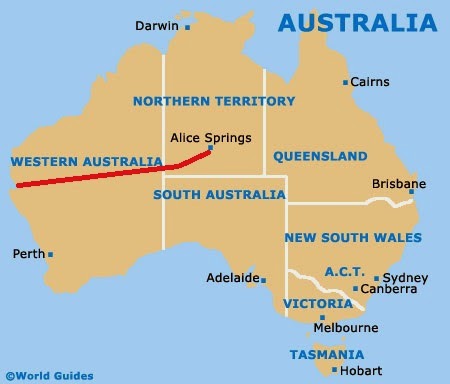 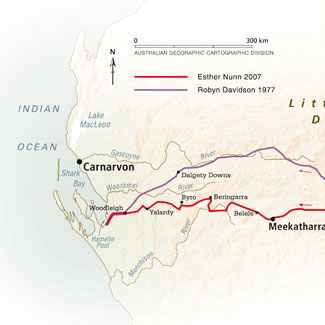 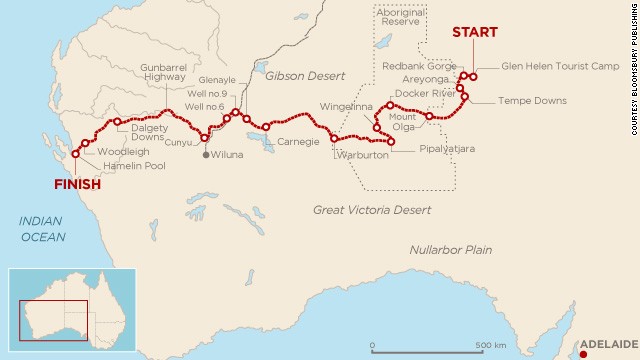 Inside Tracks: Interview with Robyn Davidson

This video is runs for 15 minutes. It is an insight into the writing of Tracks and the journey that inspired its creation. If you are accessing this from school, it is not visible because it is a Youtube clip.

This video is runs for 16 minutes. Caroline Baum interviews Robyn Davidson about the writing of Tracks. If you are accessing this from school, it is not visible because it is a Youtube clip.

This video is runs for 2 minutes. If you are accessing this from school, it is not visible because it is a Youtube clip.

This video is runs for 2 minutes. If you are accessing this from school, it is not visible because it is a Youtube clip.

This video is runs for 9 minutes. If you are accessing this from school, it is not visible because it is a Youtube clip.

This video is runs for 2 minutes. Mia Wasikowska, who plays Robyn Davidson in the film, alongside Robyn Davidson herself answer a series of questions about the film adaptation. If you are accessing this from school, it is not visible because it is a Youtube clip.

Note - Your study of Tracks is a TEXT STUDY, this should only be used to aid your understanding of the text.

The movie tells the story of Robyn Davidson, to whom the viewer is introduced in the mid-‘70s. In narration, Davidson (played with incredible stamina and quite appealing intimations of humility by Mia Wasikowska) describes her disenchantment with the society of other people, and how tired she is of suffering the depredations visited upon “my sex and class.” In more conventional movies in which a young woman undertakes a nearly 2,000 mile solo journey across a desert, there’s likely to be a lot of hoo-hah about the search for self and spirituality. Not here. Wasikowska’s Robyn just wants to be alone, with her camels and her beloved dog.

Nobody makes it easy for her. First she has to learn to train camels. On the edge of the Australian outback, she interacts with several hostile characters, and animals, before getting her retinue together. Once she’s got that, she realizes she needs some financing. She pitches a chronicle of her journey to “National Geographic” magazine, and they go for it. The catch is they want a photographer to drop in on her periodically to take the sort of pictures for which the magazine was so well known. No, not those pictures. Anyway, so much for being alone.

The photographer is an amiable fellow named Rick, played by Adam Driver with none of the outsize idiosyncrasy the actor has brought to his roles on the TV series “Girls” or his bit in the Coen Brothers’ “Inside Llewyn Davis.” Rick is merely a nice guy, and he’s kind of perplexed by Robyn, as are many of the people she encounters as she prepares and then explores the desert. “You don’t have to be unlucky to die out there,” one doubter advises her. The further out she gets, the more instances of poor luck occur, but also revelations about her past that speak to the compulsion that drives her on her journey. But the journey is not just one of catharsis for Robyn. Along the way, she defines her own idea of freedom, making her own existence a manifestation of her rather radical philosophy. The romance one might have envisioned between Robyn and Rick never materializes—yes, spoiler alert, she does sleep with the guy, but you get the idea she’s mainly doing it to shut him up. The steely character Curran, screenwriter Marion Nelson, and Wasikowska create out of Davidson is not meant to cozy up to the viewer but to present a challenge to him or her. 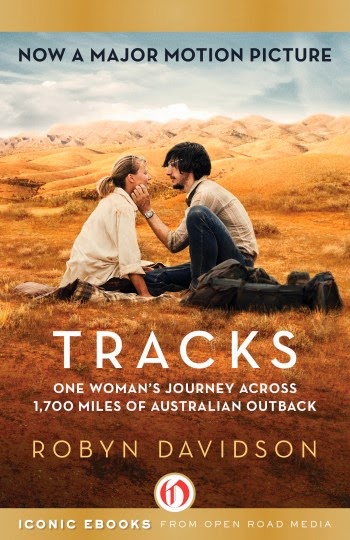 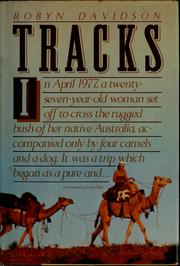